The Diablo Road (west) Bicycle Improvements Project is one of several phases of completed and/or planned bicycle improvements focused on enhancing safety and improving the riding experience for cyclists.  This project phase consists of bicycle lane improvements along Diablo Road between the intersections of Hartz Avenue (in the Downtown area) to the Green Valley Road intersection and western trailhead of the Diablo Road Trail.

what is a bike box? 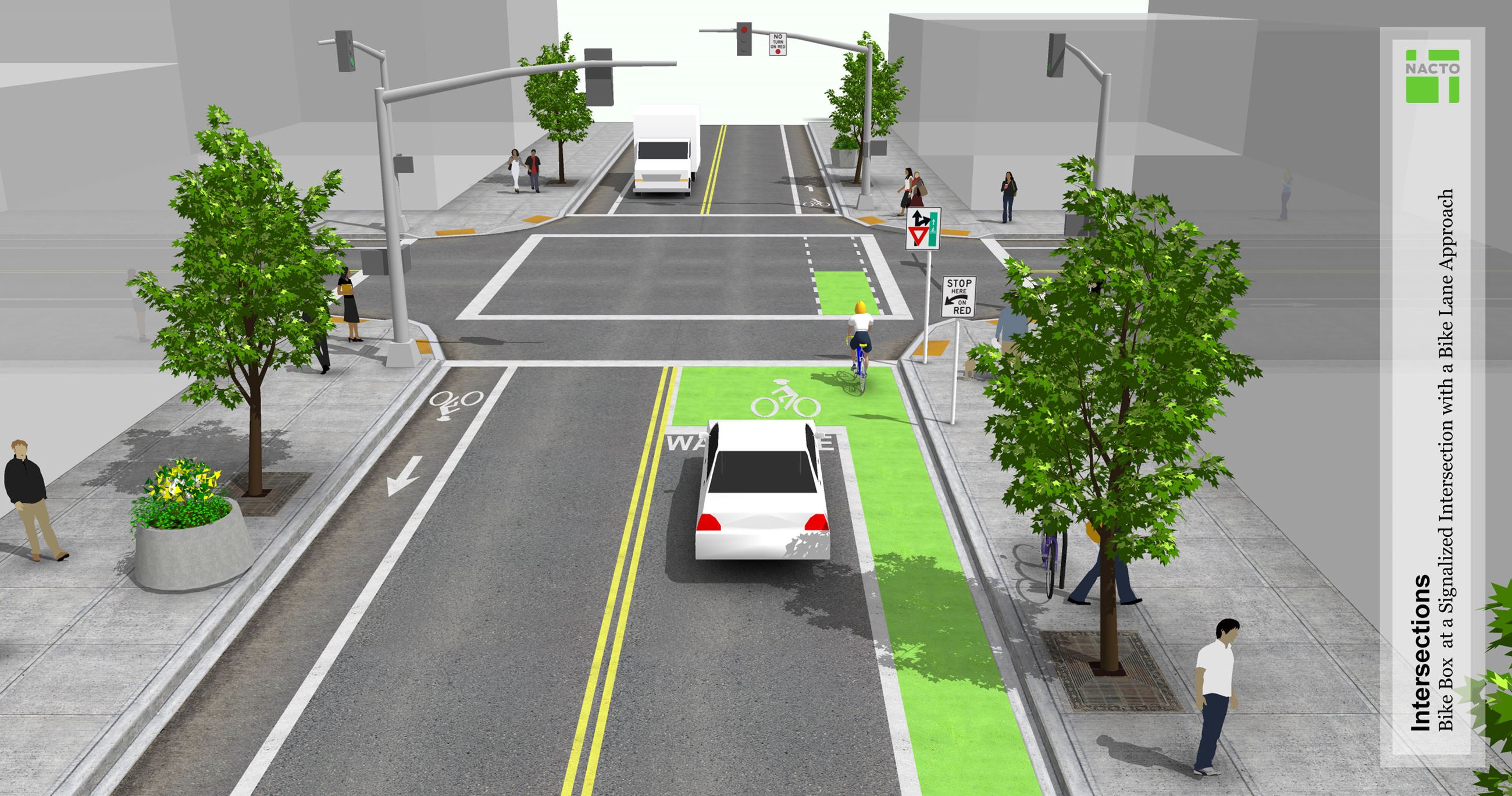 A bike box is a designated area marked at the head of a traffic lane that provides cyclists with a safe and visible way to get a head of queuing vehicles at signalized intersections while waiting on a red light.

Bike boxes assist cyclists through intersections, particularly when needing to make left-turns. Bike boxes can be found at these three intersections:

This project is funded in part by the Contra Costa Measure J 1/2-cent transportation sales tax and a Transportation Development Act grant.  The project is scheduled for completion in September 2020.